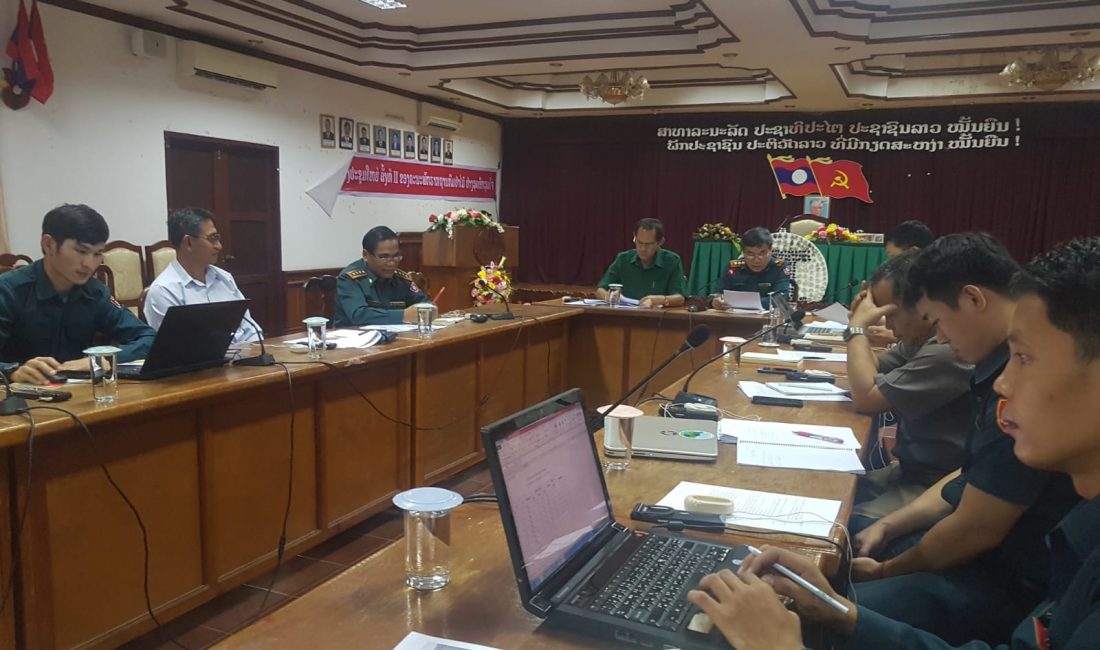 The Department of Forestry (DOF) and Department of Forest Inspection (DOFI) held a joint Briefing in September 2020 to discuss the results of the Operational Logging and Degradation Monitoring Initiative (OLDM). Monitoring of forest degradation is particularly challenging because changes in the forest cover are normally small scale and not detectable by standard monitoring systems for deforestation. The OLDM System uses cloud-based satellite image analysis with an algorithm developed by researchers of the EU Joint Research Centre and interpretation, Geographic Information Systems (GIS) software and Smartphones running freeware apps to enable rapid detection and response to logging and other forest degradation events. With the OLDM system, forest degradation can be detected within days of occurrence with staff able to deploy to the field and intercept the logging shortly afterwards. This enables Near-Real Time (NRT) response to logging events and makes it possible to seize and confiscate the logs as well as arrest and prosecute the offenders.

The OLDM Initiative is a pilot project implemented by DOFI and DOF with the support of the GIZ project “Protection and Sustainable Use of Forest Ecosystems and Biodiversity (ProFEB)”, KfW project “Integrated Conservation of Biodiversity and Forests (ICBF)” and ADB project “Biodiversity Conservation Corridors (BCC)”.  The briefing informed attendees of the successful results from the first two annual cycles of the monitoring system, implemented between 2018 and 2020 in Bokeo, Luang Namtha, Khammouane, Sekong, Attapeu and Champasak provinces and the proposed plans to build capacity within DOFI and DOF for the eventual adoption of the system nationwide. Issues of cost, benefit and how to institutionalize the system for long-term integration within the Government of Lao PDR were discussed extensively with wide participation from both forestry agencies .

The meeting concluded with the co-Chairs Sousath Sayakoummane, Director-General of DOF and Somphone Keohavong, Director-General of DOFI jointly agreeing on the OLDM Initiative being an important and useful system that can provide a technical solution to a range of monitoring needs for forest and land management within Lao PDR and agreeing on OLDM support so that it can be incorporated within the regular processes of the Government of Lao PDR, particularly within DOFI and DOF.