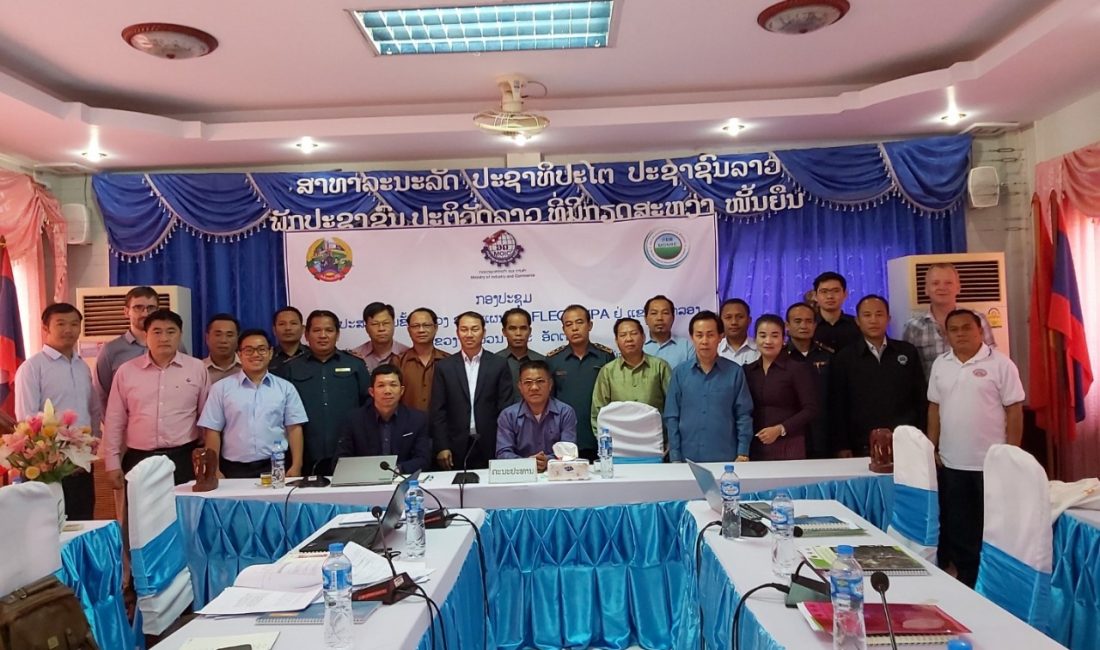 The PCC of Khammouane and Attapeu, once established to coordinate in the implementation of the piloting of the FLEGT VPA process in both provinces, was co-chaired by Mr. Soukan Inthanouhuk, Deputy Director General of the Provincial Agriculture and Forestry Office (PAFO) and Mr. Khamfeua Sirivong, Deputy Director General of the Department of Forestry Inspection (DOFI). In addition to the committee members from the pilot provinces Khammouane and Attapeu, the meeting was attended by representatives of DOFI, POFI Attapeu and Khammouane, the Provincial Forestry Section of Attapeu and Khammouane, the Provincial Industry and Commerce Office (PICO) of both provinces and the GIZ project ‘Protection and Sustainable Use of Forest Ecosystems and Biodiversity in Laos’ (ProFEB).

The meeting aimed to reflect on the past PCC work, to update on the FLEGT VPA process in Lao PDR and to identify upcoming FLEGT activities at the provincial level. In addition, the meeting intended to strengthen FLEGT stakeholders in both pilot provinces and to enhance communication between the provincial and central levels.

During the meeting, the current status of TLAS piloting in Attapeu, the ongoing Training measures on Timber Input-Output Monitoring and activities to test a Data Management System (DMS) for Confiscated Timber were presented. In addition, the topics of communication work between the provincial and central levels, proposed activities on Operational Logging and Degradation Monitoring (OLDM) and the identification of upcoming FLEGT activities were discussed in separate groups and then presented in the auditorium.

At the end of the meeting, Mr. Khamfeua Sirivong stressed that the positions of the FLEGT coordinators at provincial level should be established as agreed in order to advance the FLEGT VPA process. The FLEGT coordinators should coordinate with the relevant government authorities at provincial level. In order to obtain the FLEGT licence, he appealed on the pilot provinces to better support the process and to work closely with technical advisors.