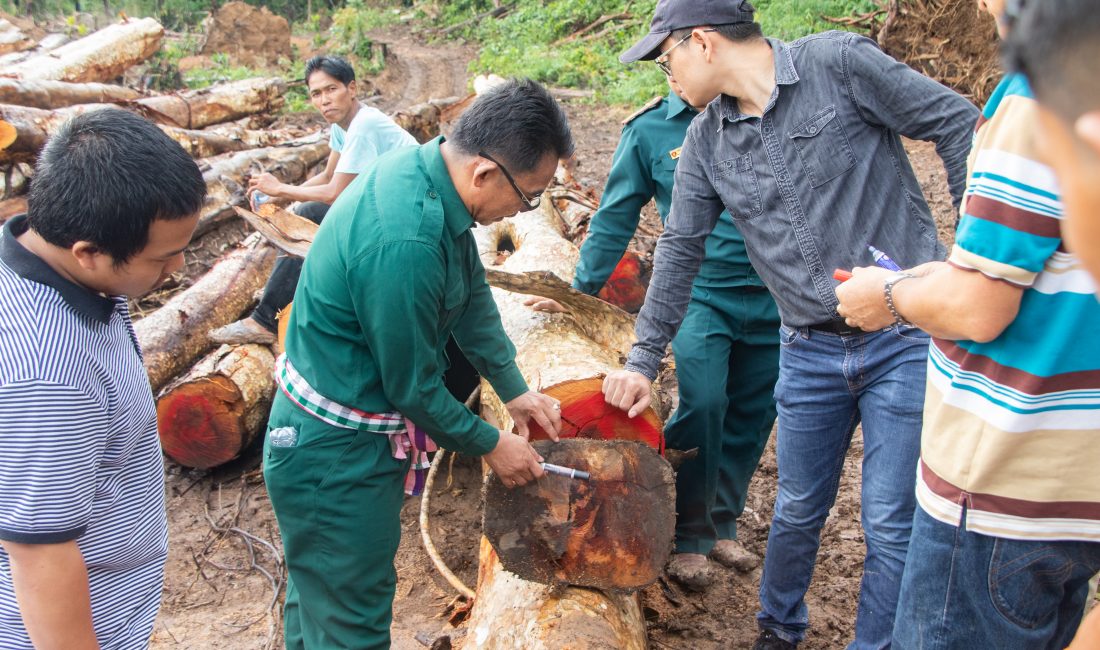 From 14 to 16 July 2020, the inception workshop on testing of TLAS elements was held at the Provincial Agriculture and Forestry Office (PAFO) of Attapeu province, with its aim of testing the supply chain control and verification in conversion areas. This meeting was chaired by Mr. Phetthanongsak Khamphouvong, Vice Head of PAFO Attapeu, and included representatives from Department of Forestry (DoF), Department of Forestry Inspection (DoFI), Provincial Forestry Section (PFS), Provincial Office of Forestry Inspection (POFI), District Agricultural and Forestry Office (DAFO) Phouvong district, GIZ project “Protection and Sustainable Use of Forest Ecosystems and Biodiversity” (ProFEB), as well as representatives from the logging companies.

In the 3rd FLEGT VPA Negotiation between Lao PDR and the European Union, both parties have agreed to implement field testing of TLAS elements in conversion areas. Testing TLAS elements is important for strengthening the capacities of FLEGT stakeholders as well as for further development of TLAS ultimately targeting TLAS implementation in Laos.

In September 2019, the PAFO of Attapeu as FLEGT pilot province presented potential piloting sites for testing elements of TLAS in the Negotiation Support and Development Committee (NSDC) meeting. In the beginning of 2020, the extension of the conversion area of the reservoir of NK3 hydropower project was selected as testing site for supply chain control and verification in conversion areas.

During a 3-day workshop, ProFEB advised provincial and district partners on the link of testing to the TLAS development and consulted the current supply chain control procedures with the participants. PFS provided information on the pre-harvest inventory, harvesting plan, location and current status of planned operation at NK3 to agree on the scope for implementing the test cycle. All participants agreed to mobilize resources to test these new requirements in the provincial piloting to contribute to a functioning TLAS. At the last day of the workshop, the team went to NK3 where logging is taking place to ensure that piloting could start and for better planning of the next stages of the testing. As a result, the meeting agreed to start testing at compartment 2 out of a total of 5 compartments as well as on responsibilities between logging companies and PAFO (PFS, DAFO and POFI) during testing. ProFEB will provide further technical support throughout the testing cycle at NK3.

In a next step, provincial forestry sector staff and harvesting companies will be trained on the updated procedures, responsibilities and application of SCC forms as well as in log grading and measurement.