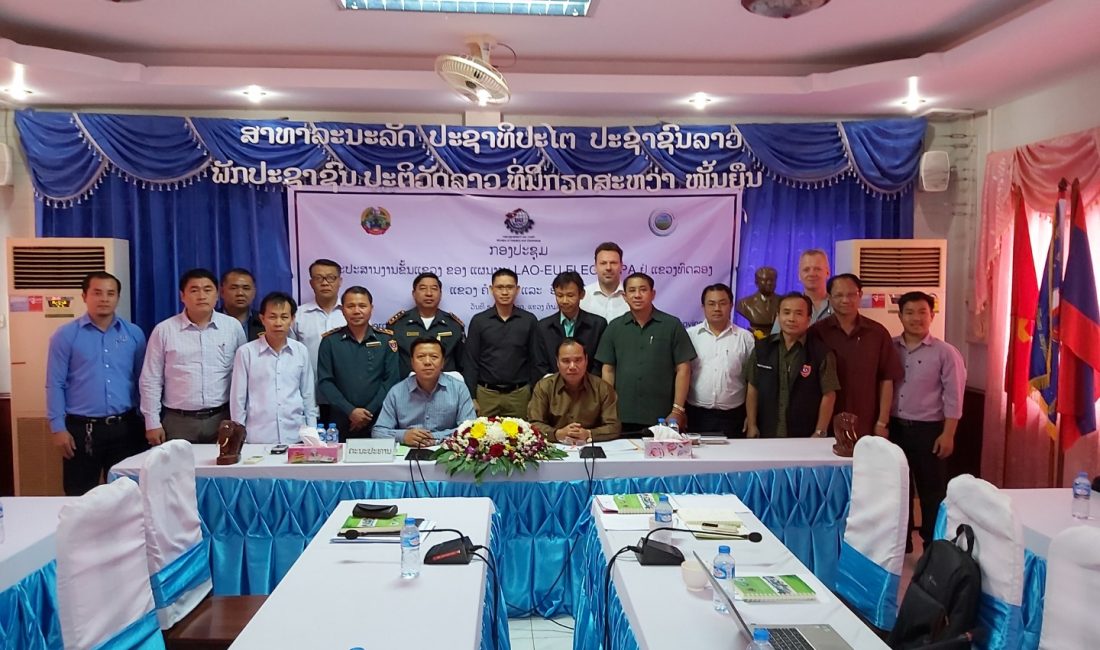 A Joint Provincial Coordination Committee (PCC) meeting with the participation of PCC Attapeu and PCC Khammouane was held in Thakhek on March 5, 2020.

The PCC of Khammouane and Attapeu were established to coordinate with the Provincial Steering Committee (PSC), the National Steering Committee (NSC) and other related stakeholders in the implementation of the piloting of the FLEGT VPA process. In addition to the members of the committee from both provinces, representatives of the of FLEGT Standing Office (FSO) and the GIZ project ‘Protection and Sustainable Use of Forest Ecosystems and Biodiversity in Laos’ (ProFEB) also attended the meeting.

During the meeting, the current status of the FLEGT VPA process in Lao PDR, the work progress in the FLEGT pilot provinces and the workplan for the current year were discussed. Furthermore, suggestions regarding the revision of the member structure of both PSC and PCC were made.

As highlight, the ‘Preparations for TLAS piloting’ on provincial level were presented. The piloting of timber legality assurance system (TLAS) is integrated in the joint workplan in Khammouane and Attapeu province.

In addition, the forest sections of both provinces presented a selection of potential piloting areas. From the areas presented, the following two regions in Attapeu were selected to be suitable for TLAS testing: Namkong 3 and Sanamxay District, located in the previous flooded area.

Both of the chairman, Mr. Bounchanh Xaypanya, Director General of Provincial Agriculture and Forestry Office (PAFO) Khammouane, and Mr. Santisay Sileusay, Deputy Director of Provincial Office of Industry and Commerce ( POIC) Attapeu, stressed the importance of the committees as a platform for exchange and decision making, hence for the implementation of the FLEGT VPA process in the provinces.